In astrology, the 7th house in the birth chart is considered important for marriage, and due to the effect of planets on this house, many situations arise, due to which one has to endure delays in marriage or frequent breakdown of relationships. The seventh house tells at what age you will get married. Many times marriage does not happen and many times after marriage the relationship gets spoiled and separation arises, all this is due to the inauspicious vision of the planets and the weakness of the planets. Overall, when more than one inauspicious planets influence the seventh house, there is a delay in marriage. In Hinduism, marriage prediction is In the seventh house.

The Obstacle in Marriage Due to Inauspicious Planets

You should fast on Thursday, wear yellow clothes and donate turmeric to the temple.

The people whose marriage is getting delayed or if there is any hindrance in marriage should definitely worship Parad Shivling. Shivling is an incarnation of Lord Shiva and Goddess Parvati.

This form of Shivling is considered very auspicious. By worshiping Parad Shivling, the contract ends when a person comes into marriage.

If there is a delay in the marriage, then ‘Gauri Shankar’s worship’ should be done regularly as well as members of adornment to Maa Gauri. 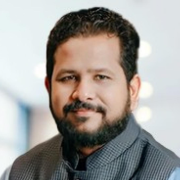